St Stephen's is known for the quality of our music in worship and regular concerts. Our choir of professional and amateur choristers sings each Sunday morning during worship, and at special services throughout the year. The pipe organ is played during these services by professional and world-renowned organists. Pre-covid-19, every Friday, our lunchtime recitals feature individual musicians and ensembles performing music from a variety of eras and genres.  There are also regular concerts throughout the year. You may even hear our carillon on occasion as you walk through Martin Place or along Macquarie Street.

Our music team is of the highest professional calibre and provide excellent leadership to our choir, musicians and congregation.
​ 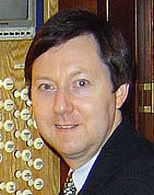 Mark Quarmby graduated from the Sydney Conservatorium studying organ under Norman Johnston and piano under Marjorie Hesse. He has given recitals throughout Australia, Europe, North America, Asia and New Zealand. For over 20 years he was associated with the music of St Andrew's Cathedral, Sydney, playing the organ for national live broadcasts, visits of the Queen, funerals of State governors and national memorial services. In August 2009 he was appointed Director of Music at St Stephen's, Macquarie Street.

In Europe he has played in the Cathedrals of St Paul's, London, Canterbury, Salisbury, Oxford, Winchester, Lichfield, Westminster Abbey plus Notre-Dame, Paris, with recitals in Germany, Switzerland, Austria, Italy, France, and Holland. In 2009 he gave the opening recital of the American Guild of Organists Convention in Phoenix, Arizona, playing a whole program devoted to organ music written by Australian composers.

He has been the President of the Organ Music Society of Sydney, has served on the committee of the Royal School of Church Music (NSW) and is currently a National Director of the Organ Historical Trust of Australia and teaches piano, organ and musicianship at St Patrick's College, Strathfield, the Conservatorium High School and privately. ​
​ 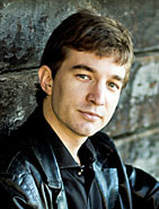 ​Born in Sydney 1986, Huw Belling was educated at St. Andrew's Cathedral School, Sydney where he held a music scholarship (violin) and sang with the Cathedral Choir. Huw's Opus 1 The Word was written during this time and has subsequently been performed worldwide.
​
Huw studied composition at the Sydney Conservatorium of Music (Sydney University) during which time he was one of five students selected for 'adopt a musician' sponsorship and was also awarded the Doris Burnett Ford Scholarship for composition. Whilst at the conservatorium Huw studied with Michael Smetanin, Anne Boyd, and Damien Ricketson.

In 2006 Huw wrote Videntes Stellam for the Choir of Christ Church St. Laurence's tour to England and the USA. The work was premiered in Westminster Abbey and Grace Cathedral San Francisco by the choir and soloist Helen Sherman, and has subsequently entered the repertoire of the Choir of Westminster Abbey who performed the work on their recent Australian tour. Huw has since completed three commisions for the Abbey, including a collaboration with New Zealand poet, Richard Major to create The Mountain and the Sea a remembrance anthem for ANZAC day in 2008, since broadcast in other countries.

In 2007 Huw won the tertiary division inaugural national Sibelius young composers' award. His work Impetus was selected from over two hundred entrants, and was premiered by Ensemble Offspring at the awards concert. In the same year, Huw also entered and won another national young composers' competition resulting in a commission from the Canberra International Music Festival for String Quartet. His work Three Quarters was premiered by the Grainger String Quartet in concert and on radio in 2008.

Huw was accepted in 2008 on a scholarship, with the support of Janna Spark, and Ars Musica Australis, into the Masters program at the Royal College of Music London, graduating in 2010 with distinction for his chamber opera Carousel of Blood, and the top of the academic program for his thesis on the music of Thomas Adès. In London Huw enjoyed several Abbey premieres, as well as collaborations with Royal College students, and various instrumental ensembles such as London's Composers' Ensemble conducted by Richard Baker, and the Ossian ensemble, the latter performing – amongst Huw's other works – a tribute to Henry Purcell composed (cheekily) upon his grave. Huw has since worked with the Ossian ensemble, as a guest conductor. He also partook in Masterclasses, performances, and tuition with composers and conductors such as, Hanspeter Kyburz, Mark Anthony Turnage, Liza Lim, Colin Matthews, & Julian Anderson.

Huw tutored at the Sydney Conservatorium High School until 2012. He is artistic administrator with Sydney Chamber Opera, for whom he produced The Cunning Little Vixen and conducted I Have Had Enough (including Nunc Dimittis by Jack Symonds) in 2011, and conducted Glass's In the Penal Colony in early 2012. In 2012 Huw was accepted as a candidate for a Doctor of Philosophy in music composition at St. Catherine's College, Oxford and is proud to be supported by the Ian Potter Cultural Trust. He completed his doctorate in 2016 and returned to Sydney.
​ 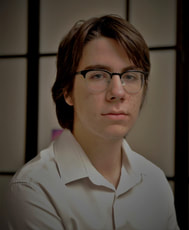 Aleks has been a music performer since he was 4 years old, beginning on the piano before finding the organ in his second year of high school. He is currently in his 3rd year of a Bachelor of Music (Performance) degree at the Conservatorium. Prior to this, he had attended the Conservatorium High School, studying organ under Philip Swanton. Aleks also achieved an LMuS in organ in 2019 as well as performing in multiple Young Organist Day events at the Town Hall.